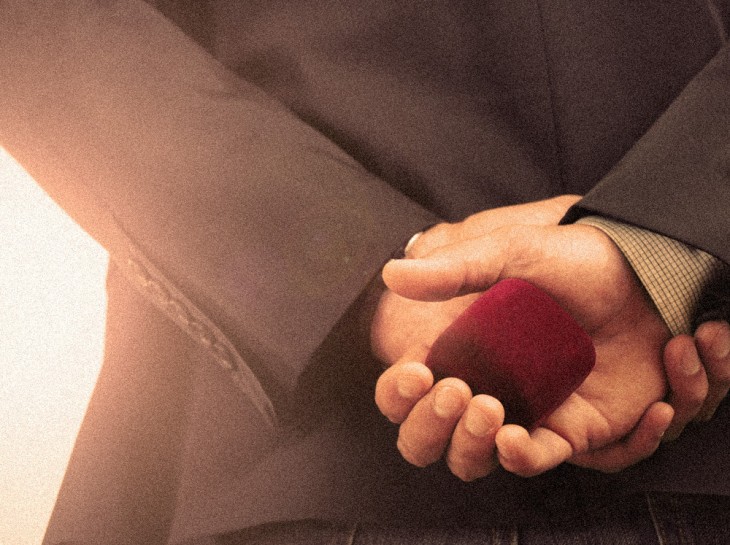 During Christmas break, things began to move rather quickly. Classes for both of us became secondary as our days were filled with spending time together. I was working full time and Olga had begun working for Cluett-Peabody, a clothing manufacturer within walking distance of where she was living.

The Draft was clipping at my heels as I was back to working full-time, abandoning classes altogether.  It was time to visit the local Air Force recruiter who would seal my fate for the next four years.  Sergeant Wheeler was finishing out his 20 years, hoping to retire soon.  His only purpose in those days was to see how many young men he could convince to enlist.  He gave me his pitch, showing me pictures of the Training Center at Lackland AFB with its swimming pools and all those happy Airman enjoying the Service Club entertainment, making Basic Training look like a vacation trip to Disneyland. I’m not sure who he thought he was fooling but I already knew enough guys who had enlisted and was not to be misled.  He told me that I could go in on the Delayed Enlistment program and would most likely be a number of months before I would be called up.  That was not to be.  I signed the papers on 11 February and would be on my way to Texas on 20 March, although I didn’t know it at the time.

I was working as an automobile mechanic for a local car dealer, earning little more than minimum wage.  The war was on and I would be leaving soon for who-knows-where. Suffice it to say that I was not exactly a “catch”.  But, I was in love and ready to convince this girl that I wanted to spend my life with her.

Valentine’s day was here and I was yet to devise a plan. Working as a mechanic, particularly in the winter, is a dirty job.  I punched out that night and headed for the boiler room where the sinks were, to get cleaned up and grab a fresh uniform.  Washing exposed body parts with the unusual combination of transmission fluid and GoJo, always made for a refreshing fragrance, especially after being dripped on for 8 hours with a mixture of oil and mud from the undercarriages of the cars. What it didn’t do much for was the rest of me that was hidden under that uniform.  There was no time to waste, showering and donning a nice suite. It was Valentine’s Day and my mission was under way.

Hopping into my yellow Dodge Pioneer that was parked in the alleyway behind work, I was ready for the evening. Making a quick stop at the local jewelry store, I picked up a ring and was heading to her apartment in downtown Troy, within a hour. I couldn’t have been at the jeweler’s for more than 10 minutes. We see couples in jewelry stores these days, brooding over rings after spending months selecting the perfect stone and setting. There’s nothing wrong with doing that, mind you, but it’s much too easy to get caught up in the wedding process instead of paying attention to the love you are about to seal for a lifetime.

We had a standing date most nights so I hadn’t called ahead.  I came through the front door and one of the girls told me that Olga was in her bedroom, taking a nap.  Forever the romantic, I wanted to surprise her, so I tiptoed into the darkened room and discovered her sleeping with rollers in her hair the size of cucumbers.  I was not to be deterred, even though I was trying to figure out how someone sleeps with their head 6 inches off the pillow, blocked up by metal cylinders fastened with what looked like gigantic paper clips.

I woke her up and dropped to a knee at her bedside.

It would be several years later when I began training salespeople that I would use the cardinal rules of selling. One of them is “Never ask a question that you don’t know the answer to”.  And, there I was, violating a yet-to-be-learned rule. I told her that I loved her and stumbled through my proposal, as you might expect from a kid who recently dropped out of college. In spite of myself, she said yes.  I slipped the ring I had acquired a half hour earlier on her finger, retrieved my High School ring and we headed to my parents house for a change of clothes and then out for a celebration dinner.

The Jamaica Inn was a theme restaurant in Latham complete with colorful birds, caged and scattered around the dining room.  A steel-drum band played on a bandstand over the main entrance-way most nights, giving the place a nice, warm Caribbean feel.  We were that young couple that you often see in nice restaurants, trying to impress each other with their attempt at good conversation and sharp manners.  That described us.  The waiters brought dinner and as we started to enjoy our entrees when Olga’s spoon found it’s way to under her elbow.  Right in the middle of me staring deep into her eyes, looking for a serious, romantic word, her arm hit the spoon containing some sort of food item, sending the utensil straight up into the air.  It came to rest in her lap.  We stared at each other, realizing that we weren’t as serious as we may have thought.  We were a young couple falling for each other and enjoying a moment, making a memory.

The next few weeks flew by and I received my orders to report on 20 March.  We had been dating for about 3 months, were engaged and I was on my way to Basic Military Training. We would not see each other until May 24, our wedding day.

I’m sure you’re thinking that I’m a really romantic guy.  To prove your suspicions, I wrote Olga every day from Lackland.  The only place I could find any privacy after lights-out, was in the latrine.  I did pen most of those notes, sitting behind a closed stall door.  Naturally, I mentioned that little fact many times in my love letters.  She needed to know that I was thinking of her, no matter what I was doing.

About the Author View all posts

Life is made up of stories. You may not realize it, but we relay our experiences to one another all the time. They can give our loved ones a sense of the past, our friends a glimpse of how we have reacted to life's changes. Or, tell a new acquaintance something about ourselves. Stories are really about the journey of life.

What you encounter as life passes are views of events that make up your past, while shaping your future. What you read here are merely a few of the stories that have shaped my life, so far.

Rick and his wife Olga live in upstate New York, close to their grandchildren. They work part-time with their sons after running a business for 37 years in the Albany area.

The Gile family began selling products in the late 1970s as a local office supply dealer in Upstate New York. In the late 1990s, we changed our focus to online retail. Today, we operate a group of online retail stores selling a range of products including office products, toys, school supplies and gift items.

Along the way, something amazing happened to our founder, Richard Gile, and his family. In December of 1980, Rick discovered the life changing impact of a personal relationship with Jesus Christ. In the ensuing years, this has had a profound impact on our family, both professionally and personally.